Well, no I haven't got a cat. I've thought of having one, but I sort of went off them for various reasons. One was that between dogs, a tabby kitten tried hard to adopt us by walking into the house, and was very angry when I captured it on the stairs and gently sent it on its way into the summer sunshine. No product of a charm school, but I thought he'd find somewhere quite quickly. Some friends of ours lived in a close where all the cats adopted all the people and while they had nominal homes, they helped themselves to whatever food and drink was going. One was called Bob, and another very similar tabby was called Not Bob. I can't remember the others, but it diluted all the affection I had remaining.

I think Cassie would like a cat, but I'm not so sure that I would now. I did have a cat when I was a child. She had been born in a den in the roots of a tree, so was called Birdie. Her mother was the house cat of the time, and I remember my elder sister had a cat called Tick a Tee, but I have no recollection of the cat itself. Birdie was mostly tabby with white underside and white paws. I was very young and had lost her by the time I was 10 and we children were given two kittens which we named Kitty Puss and Tom Puss. Just farm cats, and while Kitty Puss had one lot of kittens, then was spayed, Tom Puss was neutered, but didn't make old bones. KP's kittens went their way into the feral pack in the farmyard, but one, Wren (ginger and white) stayed around until she was adult. She turned feral and had many kittens, and I didn't see much of her. Living on a farm, I had to learn to part easily with hand raised baby lambs as they grew up and we weren't allowed to make a fuss of working dogs because they wouldn't work. So I didn't 'get' the idea of a pet as such.

So now you can talk about Ginger George and the Leopards to your hearts' content. Not forgetting the lost Blackie, GLO.
Top

Lost Black cat was "Sweep" brother of a Black cat called "Sweep".
Always had a cat when a kid, but I notice Cats live much longer nowadays (despite more traffic). I cant help but think in "Those Days" Meat rationing meant some pretty awful stuff went into cat food of the day - remember a pinky colour - possibly "Extended" by chalk...
Top

We've had cats ever since we were first married. All have been pedigree all sorts.

Always had dogs when I was still living with my parents. In fact, I was told that I learnt to walk on a cocker spaniel called 'Lady'.

We've never really craved a dog since we were married. Just think that they tie you down a little. We know a couple who used to put their dog into kennels and, it cost more that their individual holidays cost.

Not anti-dog but, I am anti-some dog owners. This has become more pronounced since I took up walking nearly two years ago. When walking I regularly encounter, what I shall politely call 'dog-dirt' on foot paths, dogs that aren't under control, dogs that jump up against me, making my clothes muddy and, dogs that I consider to be aggressive. Not the dogs fault in any of these cases but, bad owners. I'm sure that no-one reading this thread falls into this category.

Our present monochrome feline resident is thirteen years old and called 'Pussy Cat' but is known to one and all as 'PC'.
Top 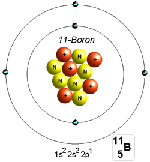 I must admit to being very much a "cat" person - and (of course!), cats know this (not that any cat would ever take advantage, perish the thought!). 3Wells is the "dog" person (also a cat person - actually I think what 3Wells really wants is to own a private full-scale zoo!). Our current moggie family consists of 3 Bengals (two golden, "brown-spotted" sisters, one of whom is epileptic, and our chocolate-and-cream "snow-spotted" boy), a black-and-white farm cat (somewhat plump), and our tabby-white rescue cat (found by friends, abandoned, we think tossed out of a car - not being cat people they called us).
Top

Know what you mean about Dawgs. (OK, German Shephers -Alsatians as we used to call them are "Special". When I moved here, the neighbour Bred Alsatians - remember trying to geta sneaky look suroptitiously over the wall.. There was an Adult Dawg, and her Six Pups alert and waiting for me to come into view.
Gotta go: A Ginger Furcoat is demanding food.
Top

I hope you've fed him now GLO, It's October. Sorry, some cats I do like, but I 'went off'' them some years ago. Friends lived in a close and all the cats went into all the houses. They were nice cats, but somehow their real nature as foraging predators became more evident. I couldn't be cruel to a cat, but I wouldn't want to keep one. Cassie would love a pet cat, not realising she would be the cat's pet dog.
Top

Some years ago My Moggy left home. (You may remember me on TV progamme re cat-finding). Sweep was not found, but my register on the Lost Cat Outfit, and last week.... an e-mail full of "Found cat" photy's. It was not Sweep, but clearly the cat-finder has been desparate to find him a home. Since then, She (or He) has traced her foundlings owner, vuia The Vet. Owner does not want the cat... Finder given the cat back. If she/He could not find a new home, take him back to the vet (who of course may/may not find an owner, especially if feline board and feeding has cost him money.
The Finder is a Servant to two cats, and could not accom a third.. She would prefer a catlover (e.g., ME) rather than just give him to vet, or anybody who asked.
So my Question is this... Does anybody have any experience of introducing a youthful moggy into the Home of an established Master Cat....

(Thinks.. elsewhere - can't remember where, a cat owner was having troublewith a newcomer cat was terrorising her her now aging moggery.)
Top

I think I'd take the risk. Cats don't like it to be generally known, but they can be trained to fit into a family. When my dog sitters decided to have a little cat as well, their two, a border collie and a german shepherd, and my Cassie, another border collie soon learned to knuckle under to this small kitten cat, who ruled from on high. No she wasn't trained, but it's worth introducing it. If you take George with you to pick it up, if only round the corner, they can meet on neutral territory, and you can see if it's likely to work.
Top

I would tend to agree. It's usually more difficult to introduce an older cat, well settled in his or her ways, into a house with younger cats - but even so, it usually works out! If Established Cat is confident, a young cat (especially a kitten) will usually learn "the rules" very quickly! Just make sure Established Cat gets lots of attention, so they know they're not being displaced.
Top

I just responded to this... and now can't Find it..
I'd better ask Nursey for more pills. Much thanks for advice, What I'd actually writ was that I was awaiting any responce from Rainham Cat Finder...
Top
Post Reply
10 posts • Page 1 of 1

Return to “The Village Hall”