The place for political discussions. 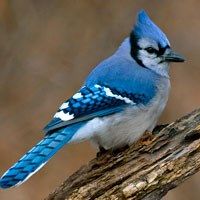 My first thoughts here concern the USA, and the new Congress which began on Thursday with two telling contributins from its two senior members.

First we had Republican Minority leader Kevin McCarthy who gave a mostly generous and inclusive speech, but at the end made an all too characteristic comment we are required to hear from US politocians of both parties.

The United States, we were infomed, is, was and always will be the Greatest Nation on Earth.

Leaving aside the outrageous parody of Carl Sagan therin, the first two claims are contentious at best, but the third is simply outrageous. How does he know? By what measure? (Certainly not the widely shared international indices such as infant mortality, adult literacy and life expectancy, where the USA is distinctly middling.)

Again we shall leave aside Aristotle's views on the place, or lack of it, for women in politics, his views on slavery and so much else.

The concept of class is a product of the 18th century enlightenment, arising from the ideas of a diverse range of European thinkers such as Hegel, Ricardo and Marx.

Aristotle's "Middle Class" were the metics, foreign non-citizens accorded rights to trade within the city-state. Quite what this has to do with the price of fish in 21st century America is anyone's guess.

Overall, McCarthy, Pelosi and Trump all exemplify the phenomenon Clifford Longley has called Americanism, a philospohy of exceptionalism based upon a partial reading of scripture, economics, sociology and pretty much everything.

It is to be hoped that the newly elected young representatives will not fall for this quack potion, and understand that what is needed is to make America Great for the first time in its history since its glory days under the Anasazi some eighteen hundred years ago.
Top

Re: A House Deluded

I've only just seen this, and am listening to BBC Radio 4 profile of Nancy Pelosi, so I'll come back to comment after tea.
Top

Re: A House Deluded

I also wonder how grown adults can be so deluded. I came to the conclusion that Britain was not only not great, but hopelessly corrupt around the time Barak Obama was being selected as the Democratic candidate for his first term.

I ascribe this delusion to the power of the Press in both countries, and other companies in the US. The drug companies were allowed to take over the funding of the medical schools, around 1916 - well, during WW1 anyway. Medical education was beholden to the goodwill of those companies, but inevitably, their interests took a stronger and stronger hold. In recent time, any doctor propounding an alternative treatment or even mentioning addition of Fluoride to the water and its links with the Nuclear industry has been found dead - allegedly from suicide. Condemning the Federal Reserve is similarly unwise as JFK discovered.

The sheer unreality of American politics leaves me more than somewhat bemused. Thr competing financial interests are fighting it out rather like a electrcal storm in the mountains, while we carry on below, just tring to do our best.
Top
Post Reply
3 posts • Page 1 of 1